Davido has been a music lover from his childhood, now a famous Afro-pop musician with a sizable number of awards to his belt.

Though he lost his mother a tender age of 17 years, he has managed to rise from grass to grace with his talent as a singer.

Davido’s mother, Veronica Imade Adeleke who was born in the year 1963 and was a lecturer at the Babcock University, it was said that she was a funny and brilliant woman who loved her work.

She was found dead in her room the next morning after her husband’s 40th birthday, she died at the age of 39. Her death devastated Davido and his father very much.

See photos of Davido’s mum below 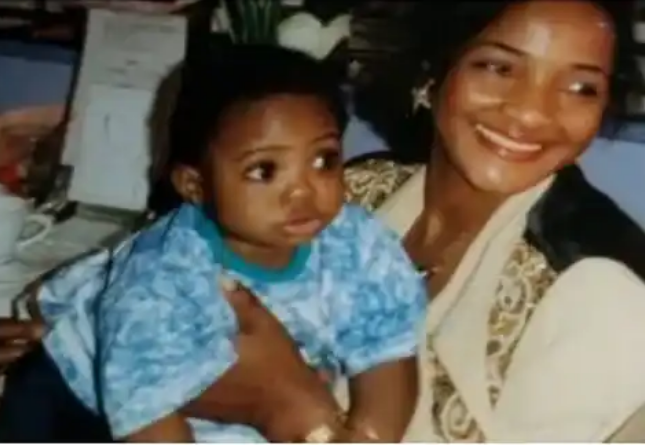 Related Topics:
Up Next

PHOTOS: Nigerian Celebrities whose new stunning looks have made them more attractive

Meet American Musician Who Spends N5,700,000 To Maintain His Hair Every Week

Why Nigerians Believe Buhari is Dead

Rumour has it that the man posing as the President of Nigeria is an imposter because the real Buhari is dead.

It has been alleged that the real Buhari has been dead since 2017.  This has got many Nigerians talking. More reason to believe this is because the wife of Buhari isn’t following him on Instagram. Maybe she is aware of the fact that the recent Buhari isn’t her husband.

Again, the daughter Zahra also on social media made in a caption reference to someone who should be in a picture but isn’t.

So, why are we being kept in the dark? If the real Buhari is dead why will they lie about his death, and who is the imposter posing as Buhari claiming to be the president of Nigeria. With all that and with recent developments, Nigerians can not help but believe, their leader is a puppet or a clone.

EndSARS: President Of Ghana, Akuffo-Addo Trolled By Nigerians Following His Comment On The Ongoing Police Brutalities

Nigerians have taken to social media to troll the President of Ghana, Nana Akufo Addo after he recently came out to address the ongoing chaos involving police brutality in Nigeria.

This follows after the Nigerian citizens who recognized his powers as the chairman of the influential ECOWAS body,placed him under pressure to intervene in the situation.

However, it seems as though President’s words mean nothing to them even after he had finally released a message concerning the situation. Nigerian citizens have taken to their social media platforms to troll and roast the Ghanaian president.

See how they reacted below:

Ada Ameh, Pleads With Buhari To Permit Her Bury Her Daughter As She Weeps (VIDEO)

Ada Ameh, a popular Nollywood actress who lost her only daughter to EndSARS brutality has called on President Buhari and the Governor of Lagos State, Sanwo-Olu to permit her to burry her daughter in peace.

The actress took to her Instagram page to share a video of herself weeping uncontrollably. In the video, she called on the president and the Lagos state governor to clear the streets of Lagos off the Military personnel so she can bury her daughter in peace.

It can be recalled that Ada lost her daughter two days ago to #EndSARS police brutality. Sharing the video, she wrote;

“I Weep for my COUNTRY oo”

See the video below;

Man U Star, Aaron Wan-Bissaka In Trouble As Side Chic Leaks Photos Of Private Moments Together While His Girlfriend Expects His Baby

“Civilians Are Fighting For Us, Do Not Let The Government Fool You” – Nigerian Soldier Advises Colleagues

Nigerians React As Kiddwaya And Erica Sparks An Argument On Twitter