Fans of the WWE can gear up for another thrilling week of action on SuperSport, with live airings of the NXT, SmackDown and Raw shows running from Thursday 19 to Tuesday 24 November 2020. 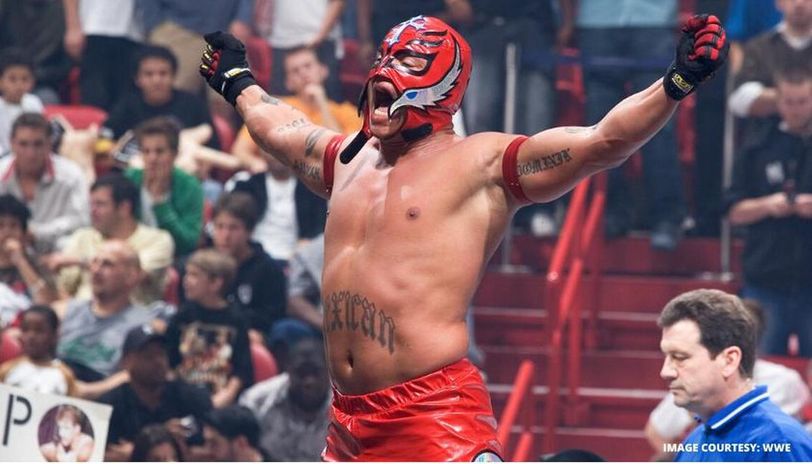 The action begins on the morning of Thursday 19 November with WWE NXT Episode 591. NXT Women’s Champion Io Shirai has called out Rhea Ripley, sparking a rivalry that could rock the division to its core.

“Everyone wants to know what is next for Io Shirai. To show this is my NXT, there is one more challenge I must face,” said Shirai. “Rhea Ripley. After all I’ve been through with Rhea, I want to face her, one on one, for the NXT Women’s Championship. Rhea, I’m not afraid of nightmares.”

Saturday 21 November brings Episode 1109 of WWE SmackDown. Rey Mysterio hopes to have put an end to his rivalry with Seth Rollins after a brutal no-holds-barred match between the pair at last week’s SmackDown.

“I have so many mixed emotions, I don’t even know where to start,” said Rey Mysterio. “I’ve been through so much in the past eight months that it’s hard to even put things together. But the most important thing is we’ve stayed solid as a family.”

Tuesday 24 November will feature Episode 1435 of WWE Raw. Alex Bliss’ relationship with The Fiend continues to deepen, though her best friend, Nikki Cross, tried to talk her back from the brink.

“Lexy, I’m so sorry that I wasn’t there when you needed me, but I’m here now, okay? I know you’re having fun now, but The Fiend – Bray Wyatt – he’s pure evil. Lexy, it’s time to make a choice, okay? It’s time to walk away. You need to choose: me or him,” pleaded Cross.

However, Bliss did not respond in the manner Cross would have been hoping for: “Okay, I choose… him!”

No rival can compete with SuperSport’s  coverage. Our viewers on DStv have found their #HomeOfSport.

Don’t miss out on all the WWE content on DStv.

Visit www.dstvafrica.com to subscribe or upgrade, and join in on the excitement. And while you’re on the move, you can stream the action on DStv.

The DMW records signee had taken to Twitter to announce the release of the single featuring Fireboy DML a few hours to midnight on his birthday.

“ITS MY F*CKING BIRTHDAY !!!!!! SOUTHY LOVE OUT NOW !!!! THANK YOU @fireboydml @priimebeatz!!!!!,” Peruzzi wrote some minutes after midnight as he wished himself a happy birthday.

The singer partied all night at a luxury restaurant, The Grind, located on Lagos Island with the likes of Davido and a few other friends.

Watch short footage from his mini birthday turn up …

In case you haven’t heard, BellaNaija’s Creative Team Lead Orunor Jiroma is hosting his debut solo exhibition – Oyibo Juju and The Frames of My Mind – this December at Angels and Muse! And it’s free!


Oyibo Juju explores traditional African masks, while ‘The Frames of My Mind’ is a more personal dive into his daily thoughts.

“There is an increased consciousness as regards Africa, our art, our culture, and a lot of people are looking for ways to connect back; Oyibo Juju is my way of adding to the conversation.” Oghenerunor Jiroma.

The exhibition will be open to the public on December 12th and will be on view till the 13th of December, 2020. Come through!

Here is episode 8 of Accelerate TV’s docu-series “Streets of Lagos“, and it’s centered on grassroots football in Nigeria.


Playing football in the hopes to get a better life is the reality of these young men playing the game. They center their love and passion around one goal, to be the best.

Despite their harsh and underprivileged backgrounds and the lack of support from the Nigerian Football Federation, they are determined to be nationally and internationally recognized.

Watch the episode below:

Young lady builds herself a house with less than N50K salary

Ghana Election 2020:My Endless Love For My Country And My Husband-Rebecca Akufo-Addo Writes